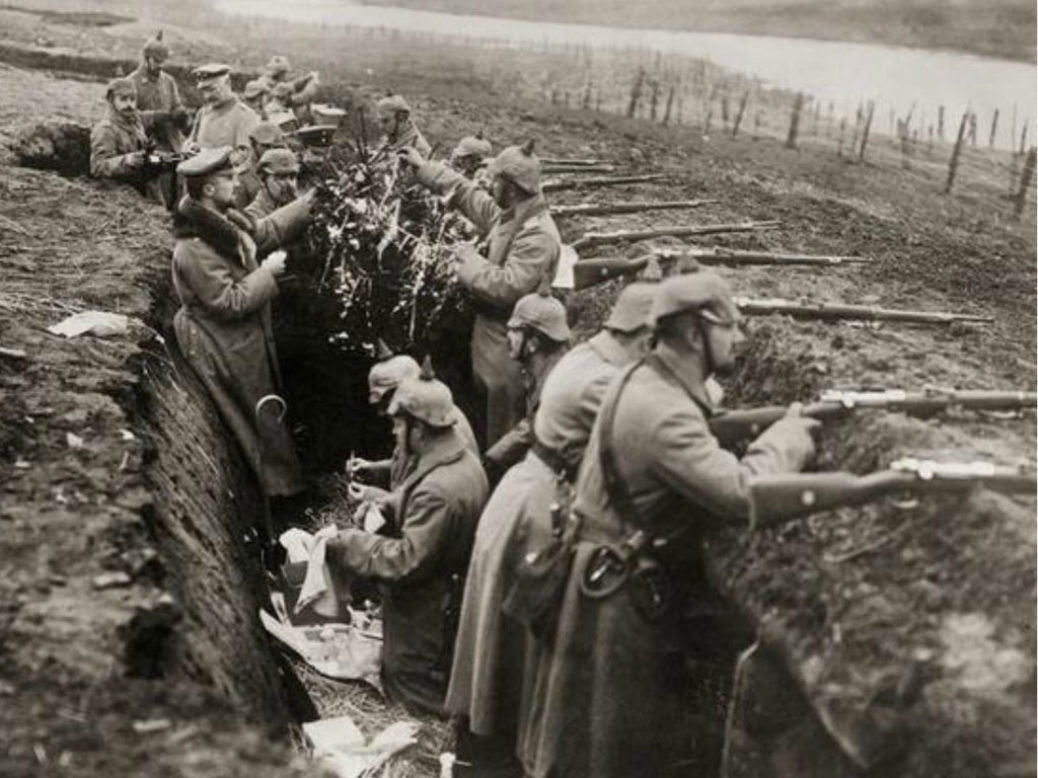 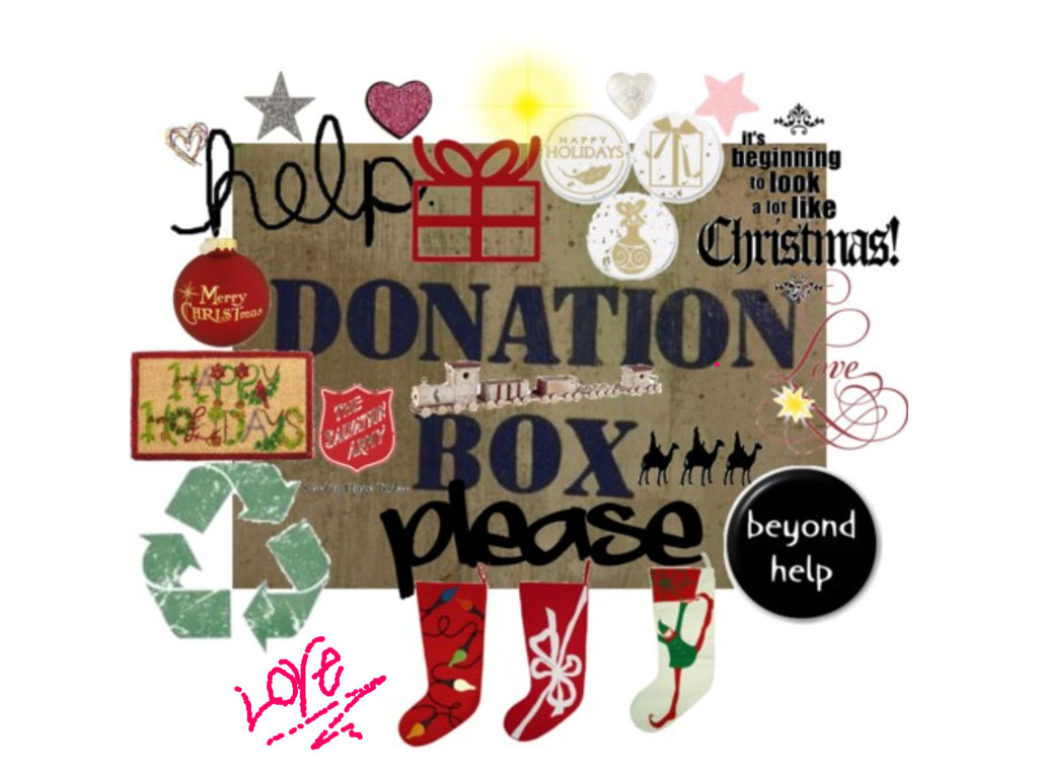 Christmas… it is perhaps the most beautiful and fantastic time of the year – and it is yet again here! And despite the financial crisis that our country – among many others – is experiencing on many different levels, preparations for this grand holiday are well under way! People are decorating streets and houses, singing carols, placing gifts under the Christmas tree, taking trips to the shops, cooking melomakarona and kourabiedes, preparing for the Christmas dinner… Is that all? No… not all… There are other images that comprise another, not so beautiful, reality. Today the news reported that a lorry deliberately drove – ergo, it was no accident – straight into the crowd gathered in a Berlin market. Also, that the Russian ambassador was murdered in Turkey. Thousands of war refugees will observe the change of the year on the streets or in hot spots; since there is yet no hospitable country ready to become their final destination and the beginning of a new life for them.

These are controversial Christmas images: Images familiar to us all in the last few years and that make one ponder – at least, they should. And what, in the end, is the meaning of Christmas? Today, the average person is searching for the quintessence of Christmas somewhere between two pieces of news: one showing a luminous decorated tree in some great capital accompanied by images of extreme consumerism and another depicting human misery and wretchedness at its best. In the end, the meaning is lost somewhere in between and each of us hides behind the walls of their own problems or focuses on their own fun, since all other problems are hard to solve – at best.

Should we start talking about the essence of Christmas, we are bound to use words describing values such as humanity, solidarity, fraternity, love. Yet, words describing values are oft “indigestible” for mind and heart alike; therefore – sadly in our times – hard to put to effect. So, in this article, I will try not to call upon them on a theoretical level. Instead, I will tell you a real story.

Let us then go back quite a bit, at the time of World War I, in the region of Flanders, on Christmas Eve 1914. The events that took place that day comprise a legend in human history, since this is the only spontaneous truce between conflicting soldiers during an inhuman war. There are many letters, written by those who experienced the events and describe what exactly happened that day, that have been preserved and testify that this is a true story.

World War I, between the forces of Germany and Austria-Hungary (Central Forces) and the forces of England, France and Russia (The Allies or Triple Entente), had started four months before and, according to historical sources, several war operations were well under way. Yet, on that particular Christmas Eve, something magical and daring happened. No one knows exactly how it started, as it was entirely spontaneous and no one can be sure. But recordings state that, on that cold night, around midnight, German soldiers were sitting in their barracks singing Silent Night, holding little lanterns around a make-shift Christmas tree. Hearing them sing, the British soldiers approached the German lines; under “normal circumstances”, the Germans should have fired at them, since this was their duty upon seeing even the faintest source of light in the distance. However, the Germans did not open fire; next, a German soldier named Mekel (coincidentally, he had lived in England and spoke the language) assumed the initiative. According to surviving letters from that time, Mekel started talking to the British, giving them wishes; pretty soon, soldiers from both sides left the trenches and started exchanging wishes and gifts – whatever they happened to have on them at the moment. Each one of them spoke only their own language; each one had a religion and a country behind him – a country which had sent him to fight and kill. Yet, at that particular evening, the spirit of Christmas had worked its miracle: a sort of Babel had been formed. A hodgepodge of love, solidarity and humanity between different people; people who were well aware that, on the following day, they would have to pick up their weapons once again and attack the very same men they were embracing and exchanging wishes with! But, for the moment, it was Christmas and war had no place there. The seed of truce had solid roots and so British and German soldiers alike disobeyed their commanders’ orders, met in No Man’s Land and agreed that, on Christmas, no one would fire their weapons.

Next morning, on Christmas, the Germans were the first to spontaneously leave their trenches and started moving towards the British, who copied their advance. British and German soldiers united in No Man’s Land and paid tribute to the dead indiscriminately, burying them and chanting hymns. They again exchanged gifts, ate and drank together; and pretty soon they created a make-shift ball out of pieces of cloth – this enabled them to have a football match. Only one soldier worked that day: he was British and a barber; and, seeing everyone’s need for some personal care, attended to them regardless of ethnicity. The sole discord to the festivities was an Austrian corporal who, according to historical recordings, went on and on about “such gatherings being totally inappropriate and should be strictly forbidden”. His name was Adolf Hitler.

The Christmas truce of 1914 spread across the entire Western Front (which ran 800 km) and is calculated to have embraced one million soldiers. After that day, war operations resumed. “Duty” and commanders’ orders brought those same men back against each other. Some of the soldiers of this spontaneous truce, such as British Francis Tolliver, managed to survive and testify that those Christmas in the trenches were the best of their lives; while others went on to die fighting a destructive war – so those were their very last Christmas.

This true story carries the exemplary meaning of Christmas festivities, perhaps in the best possible way. The fact is that humanity has faced – and still faces – very strong contradictions, which can cause disorientation to human conscience and stalling to one’s moral values. Today, one could well claim that the crisis is not purely financial; that it concerns our moral values first and foremost. And this is why the revival of the quintessence of Christmas in people’s hearts and minds is more than necessary.

This year, apart from the rest, the fun, the satisfaction of personal needs or even the personal account you indulge in for the ending of 2016, it is more important than ever to look deep into your heart, seeking the meaning of this holiday. And then look into the eyes of the person next to you, whoever they may be, and revive through actions universal values such as humanity, solidarity, fraternity, kindness and love. It doesn’t have to be a big gesture: Buy a bar of chocolate for a small child – regardless of ethnicity or color – a child you know cannot afford the candy. Such a small and simple gesture could be the beginning of the revival of Christmas spirit in us, in the hope that, at some point, human consciousness will be in a position to experience the values of Christmas every time the sun rises. Because no society has ever become more beautiful or changed for the better due to the resonant actions of its few and famous leaders. Humanity changed and moved towards its betterment through the very small actions of many simple everyday people… it can change even by a piece of candy…