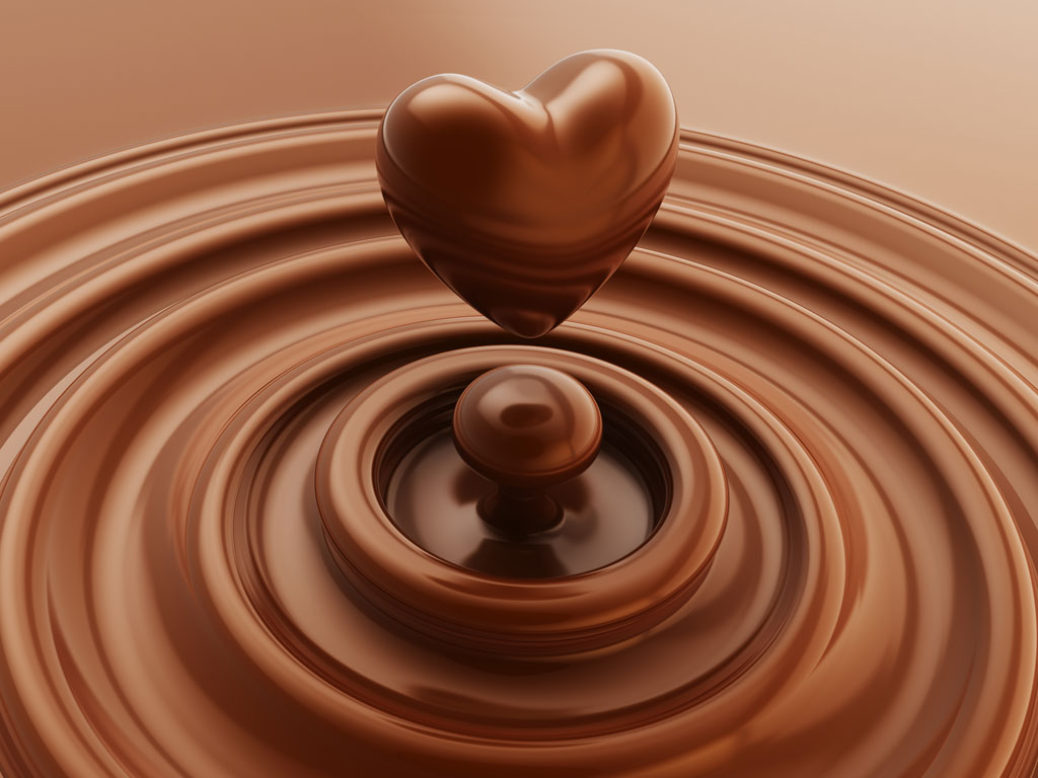 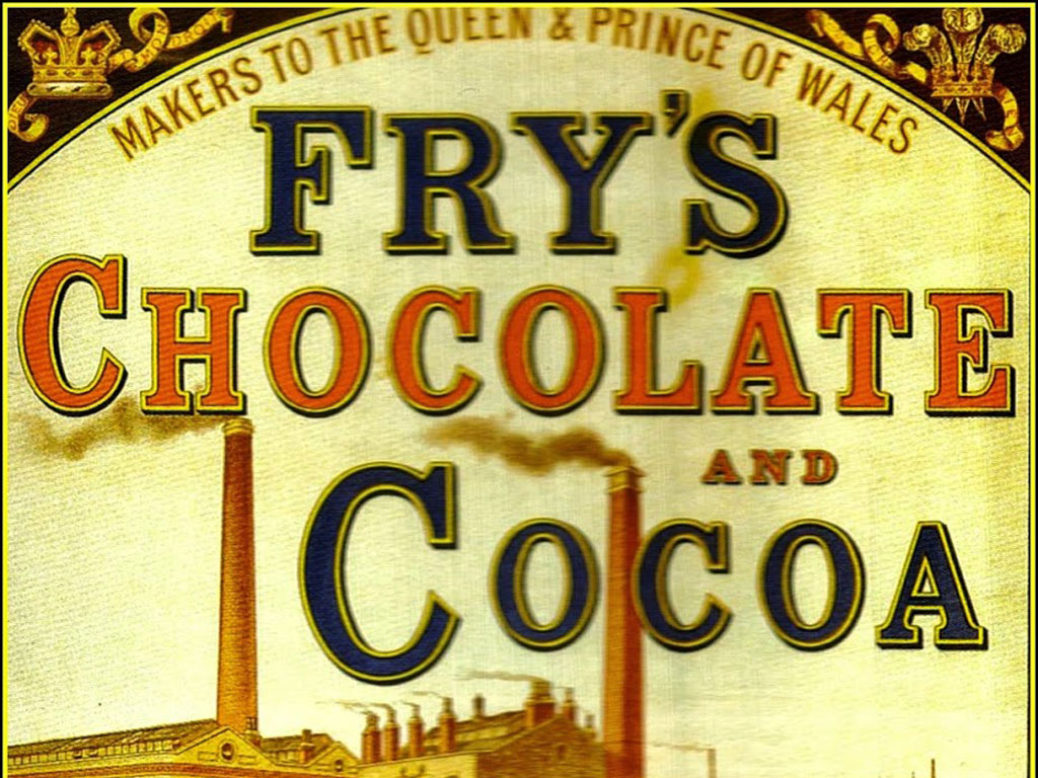 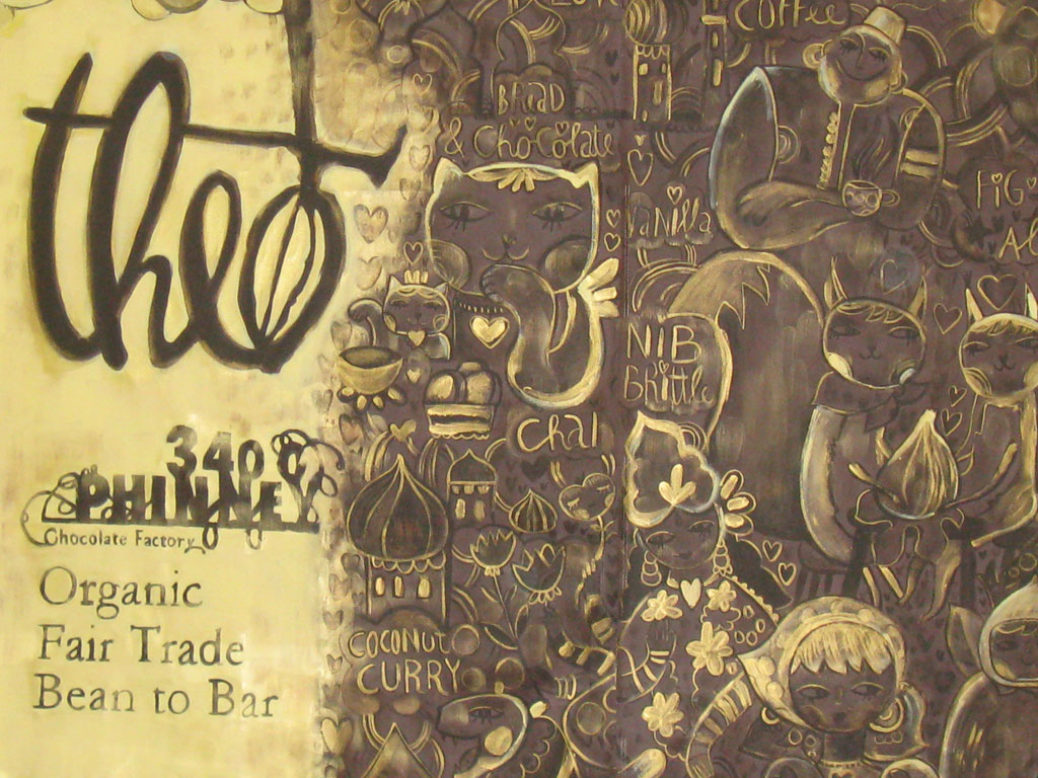 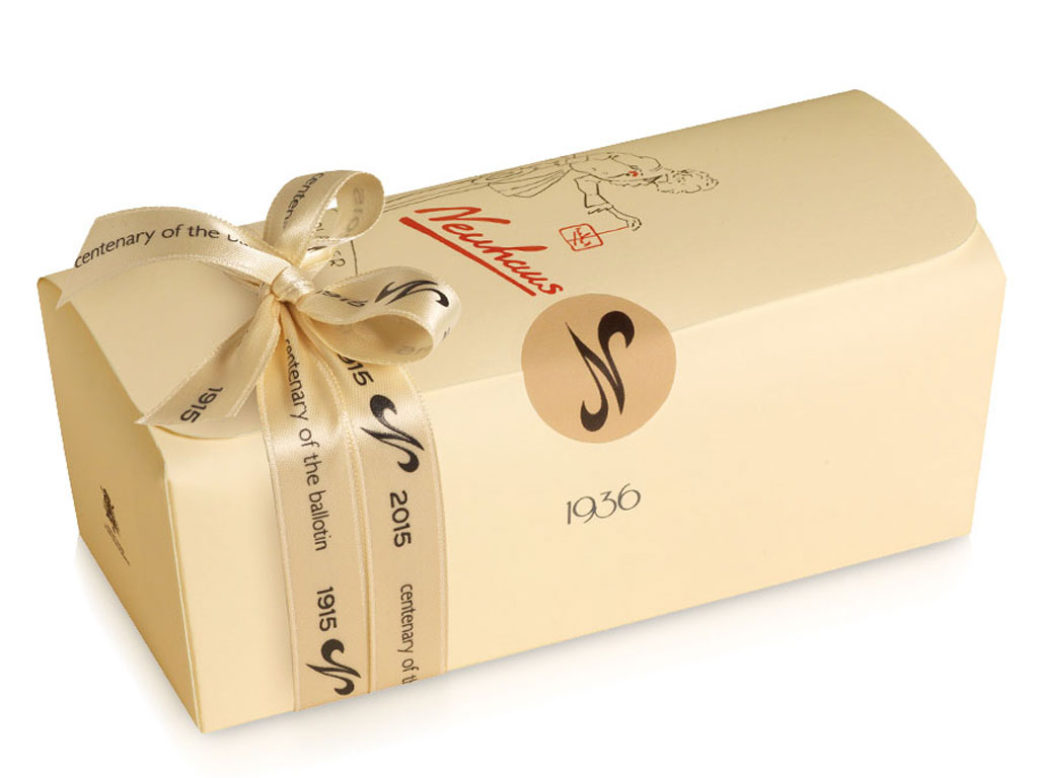 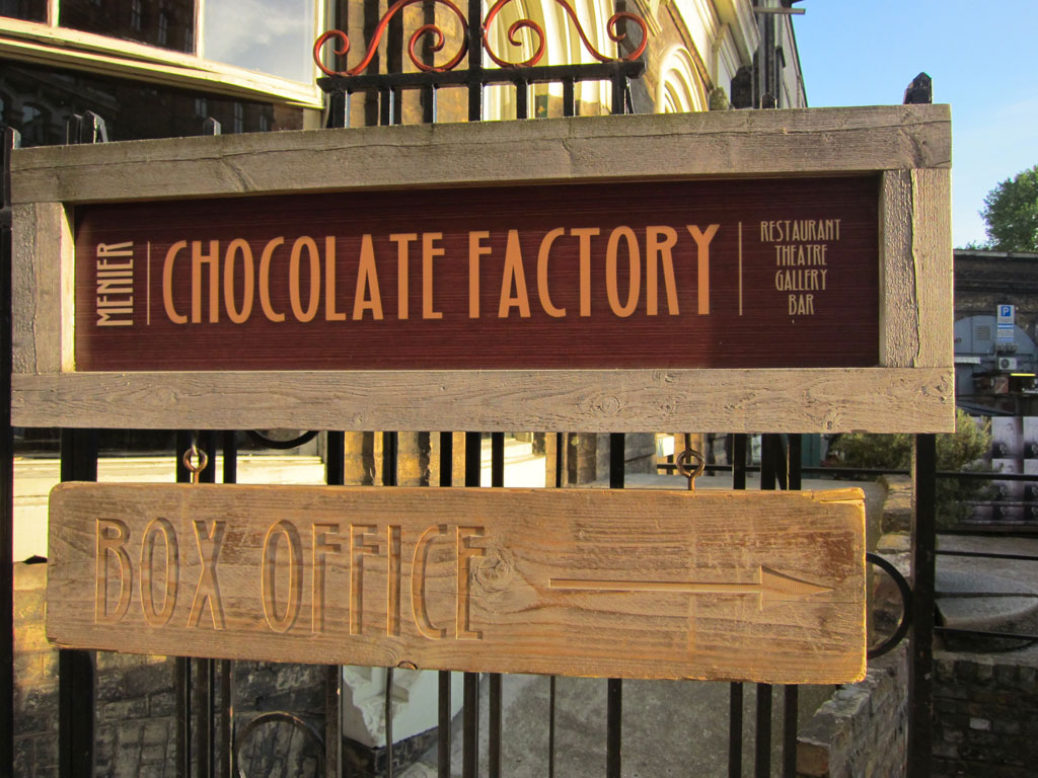 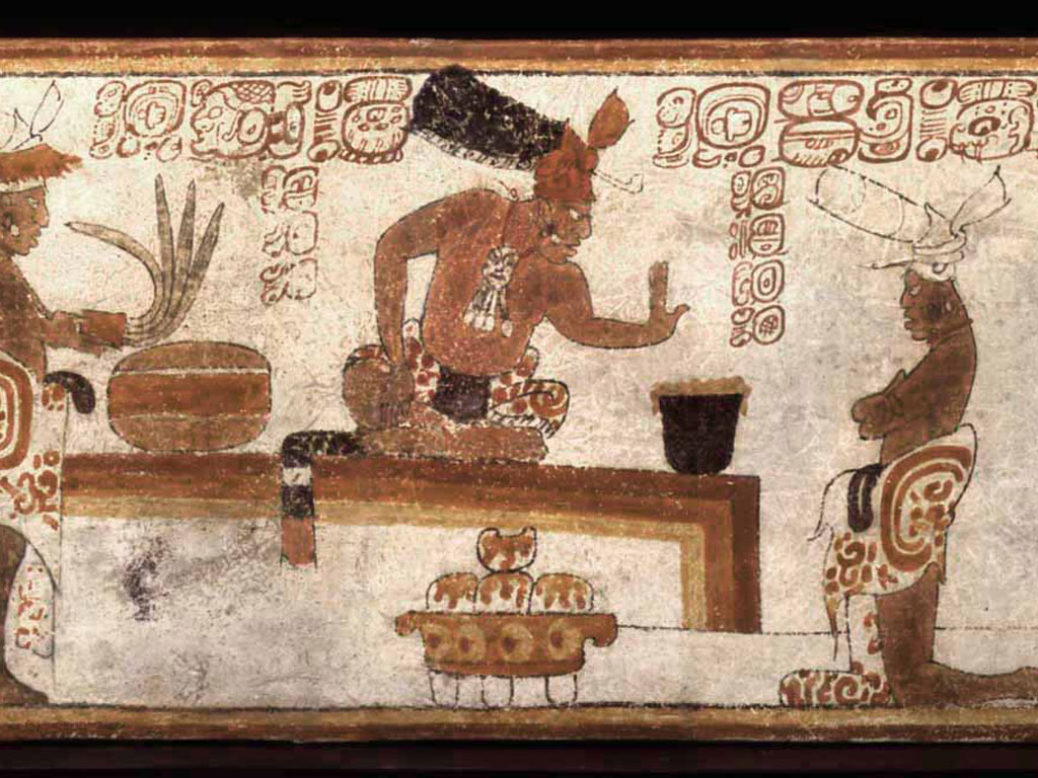 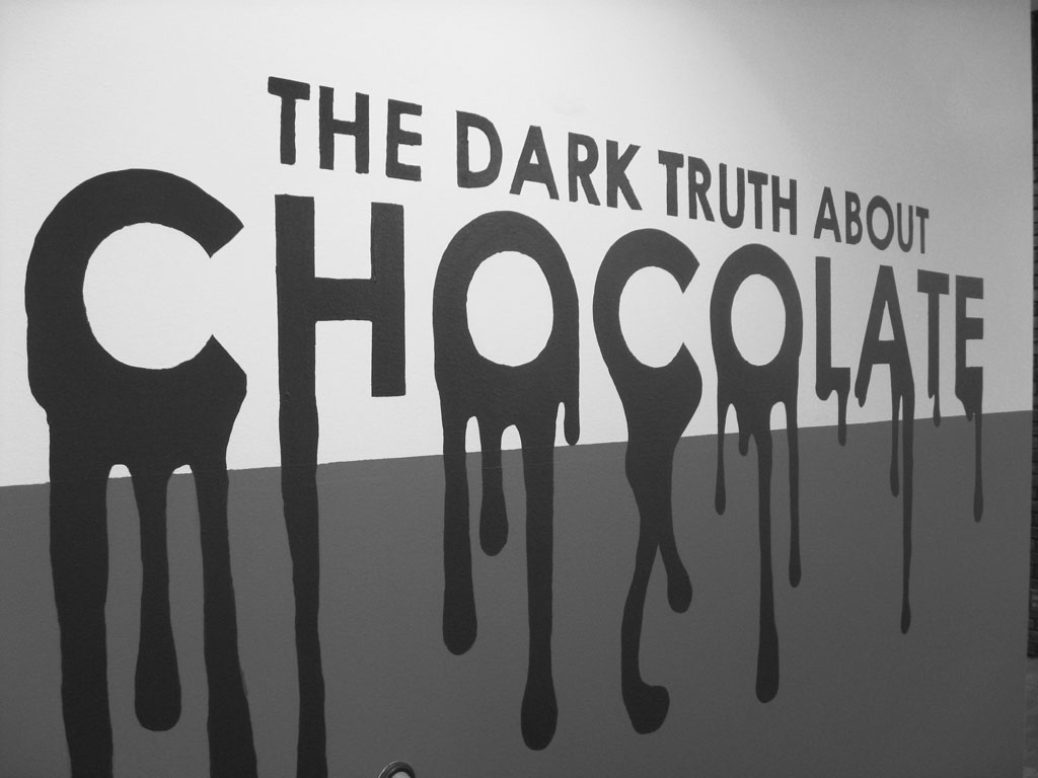 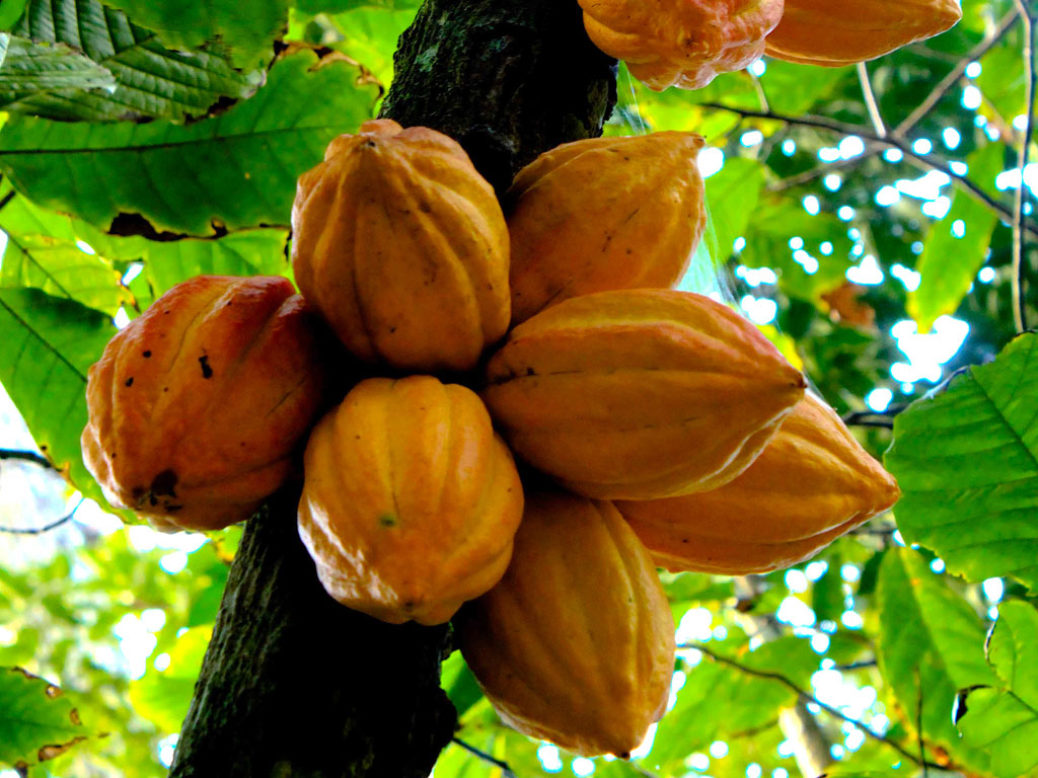 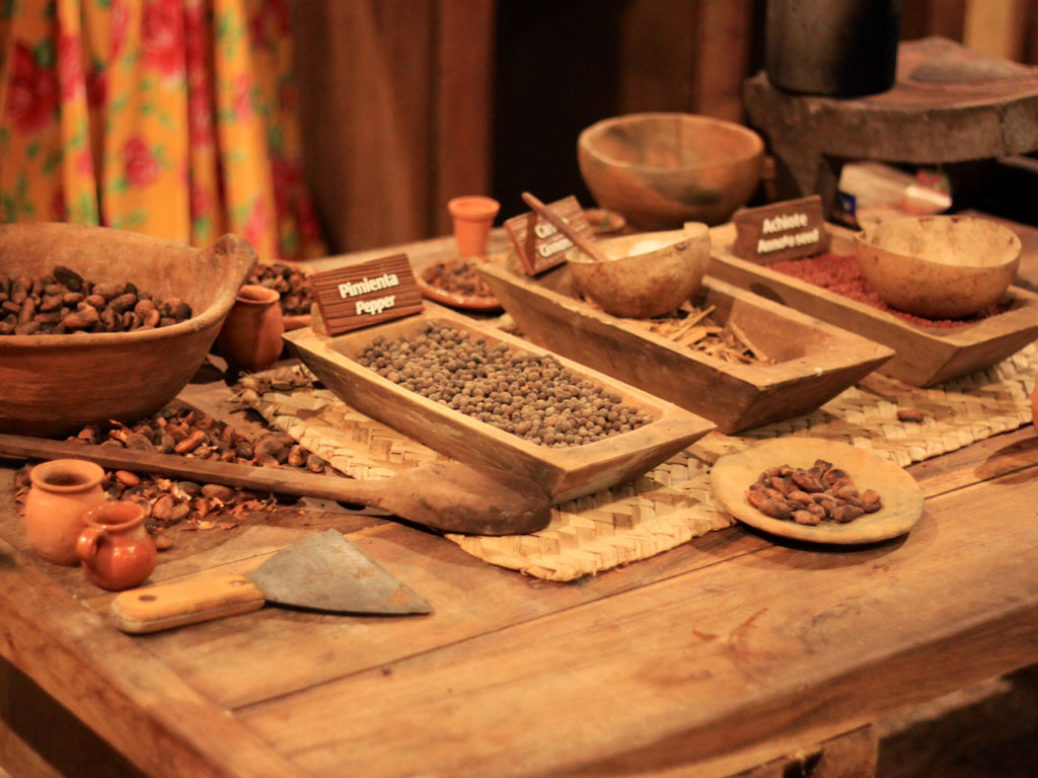 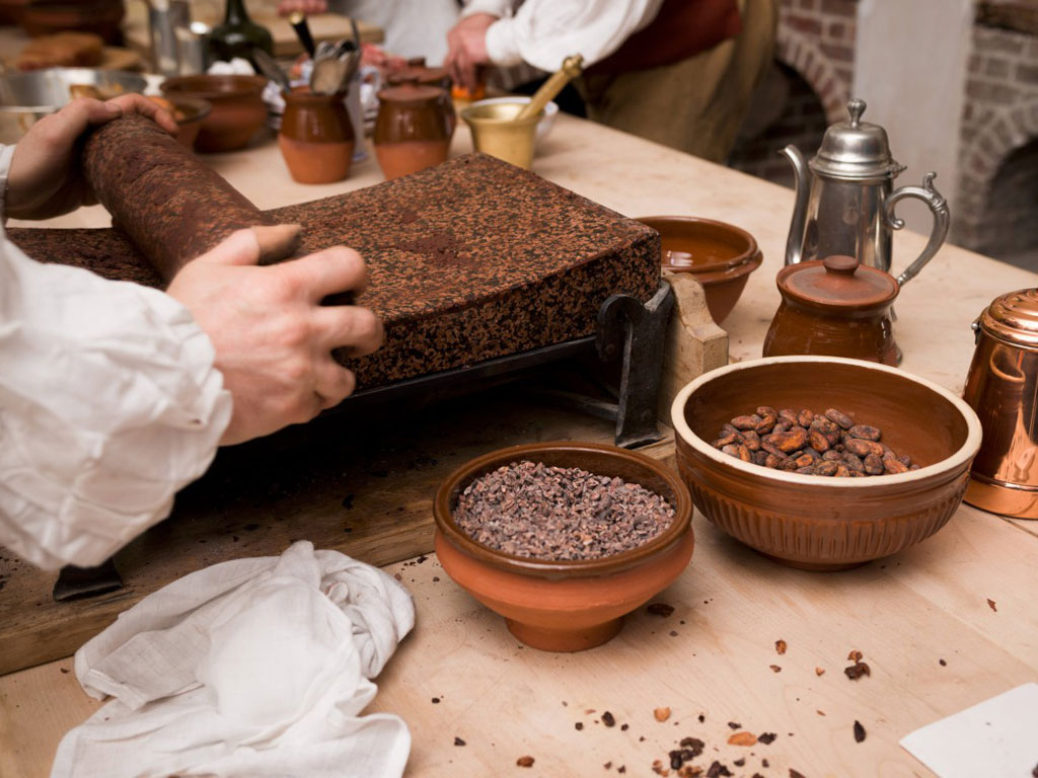 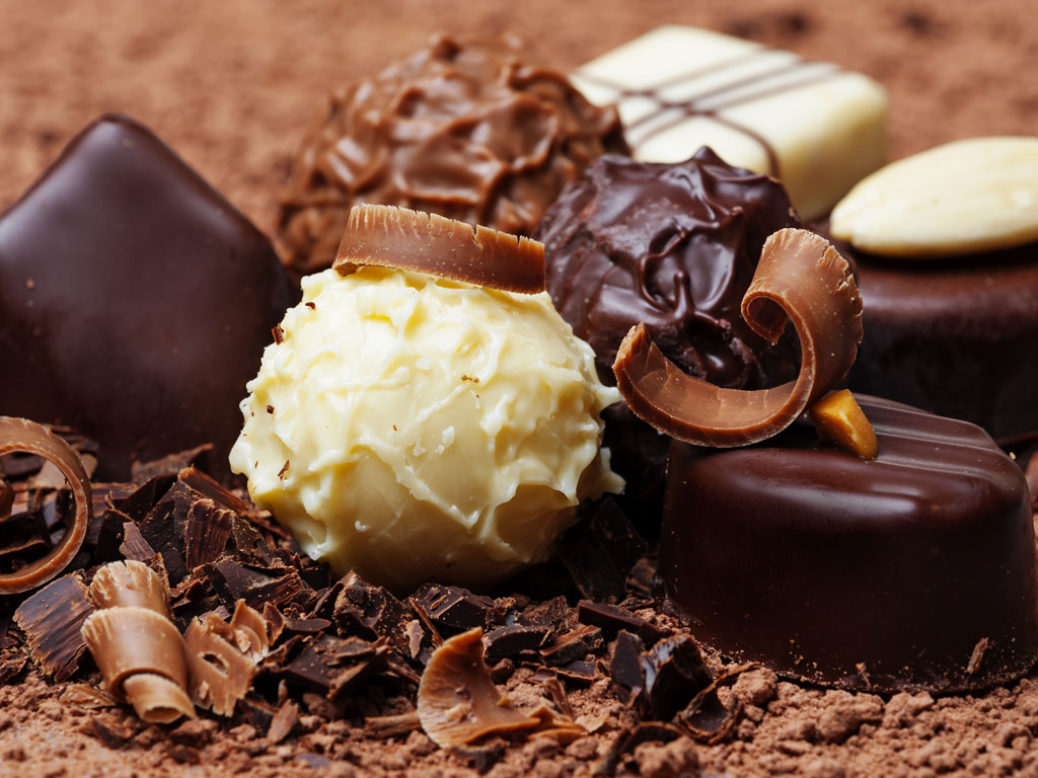 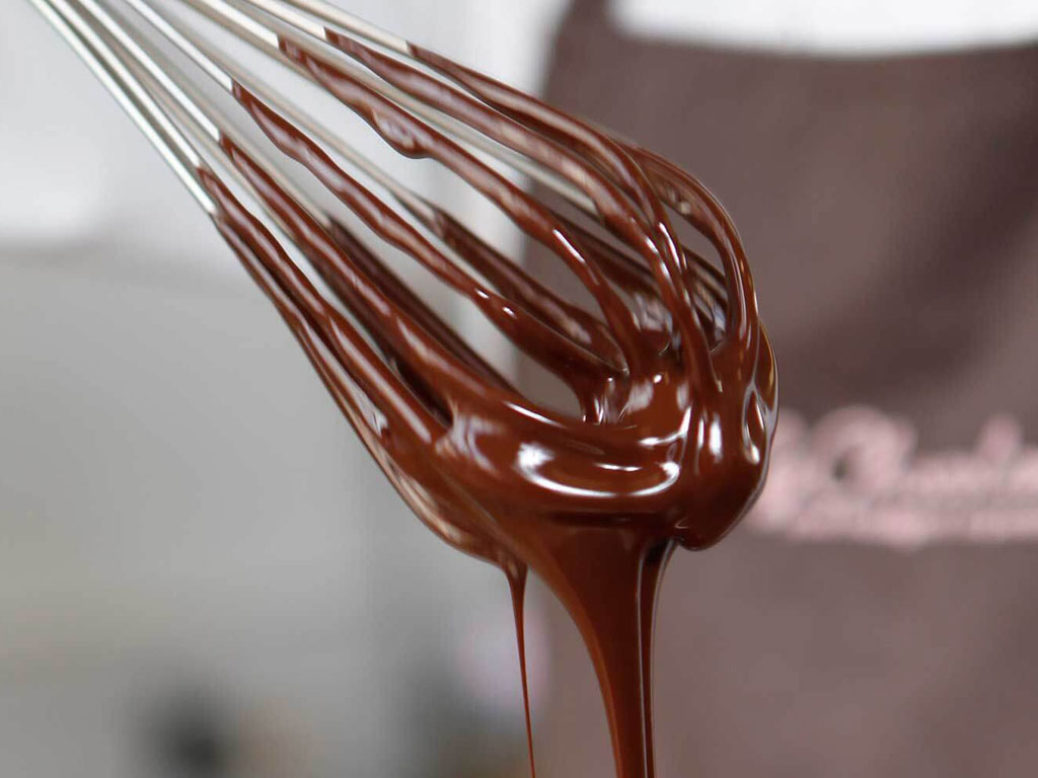 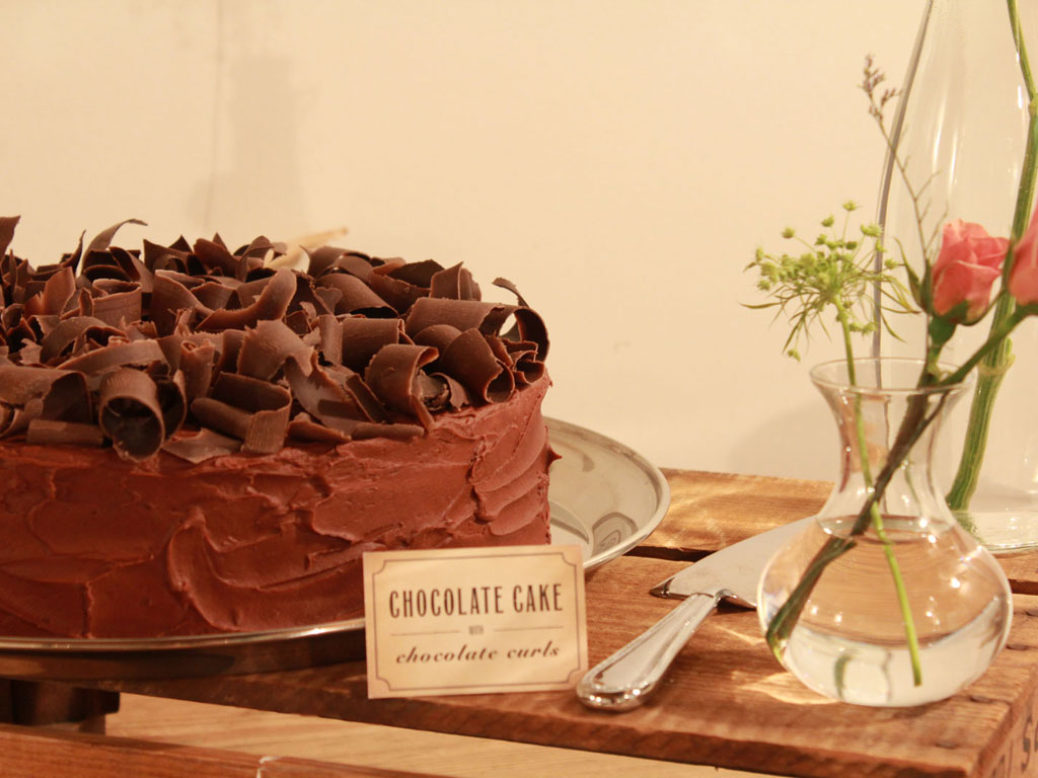 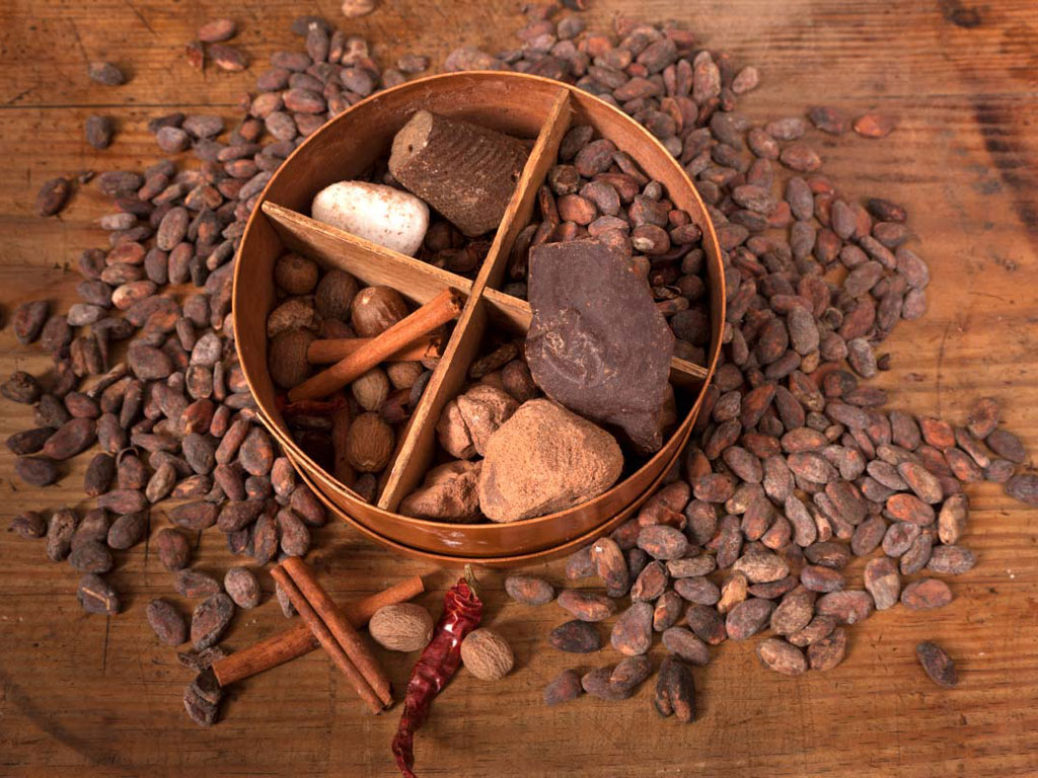 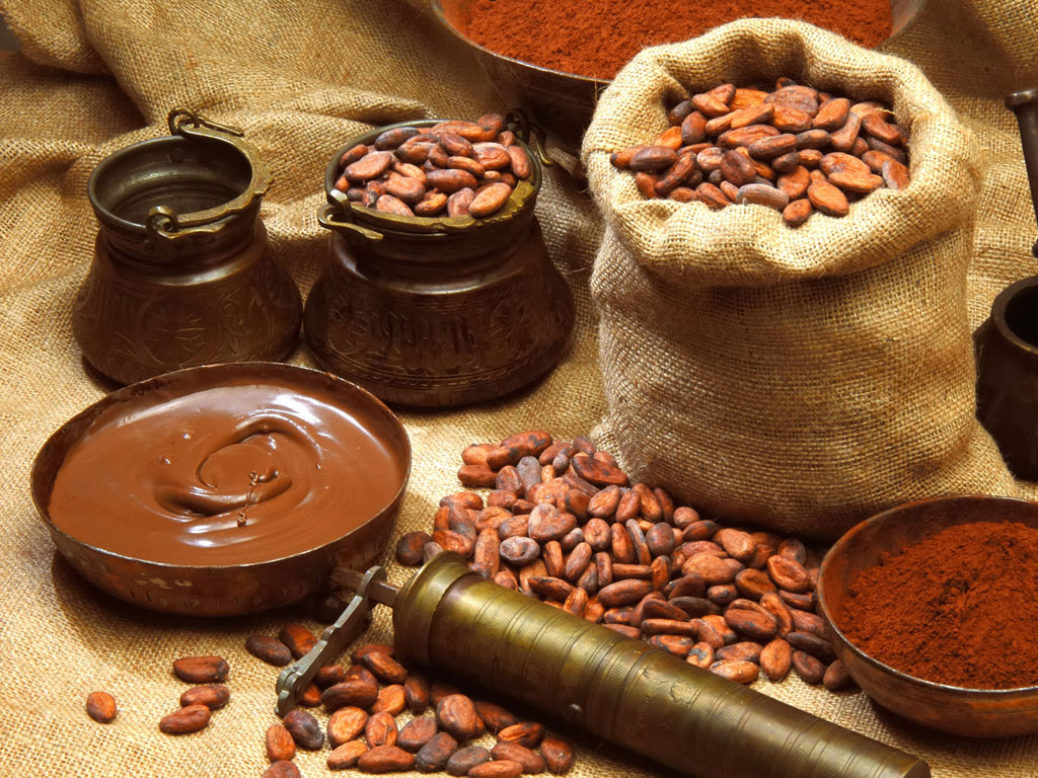 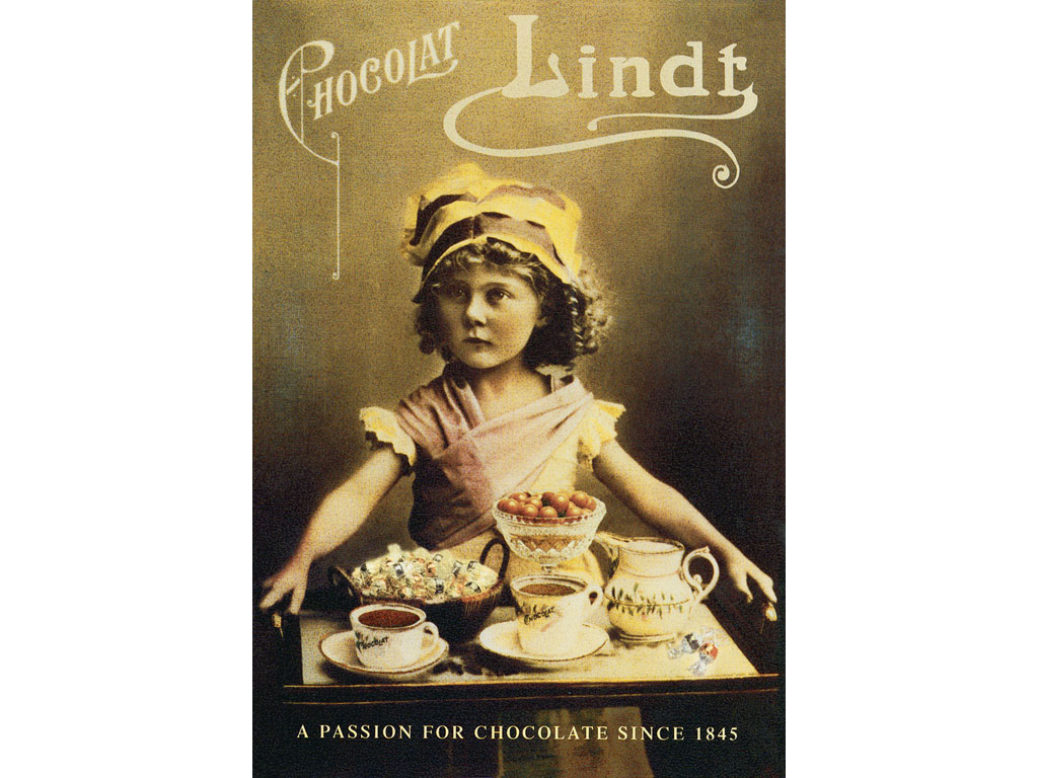 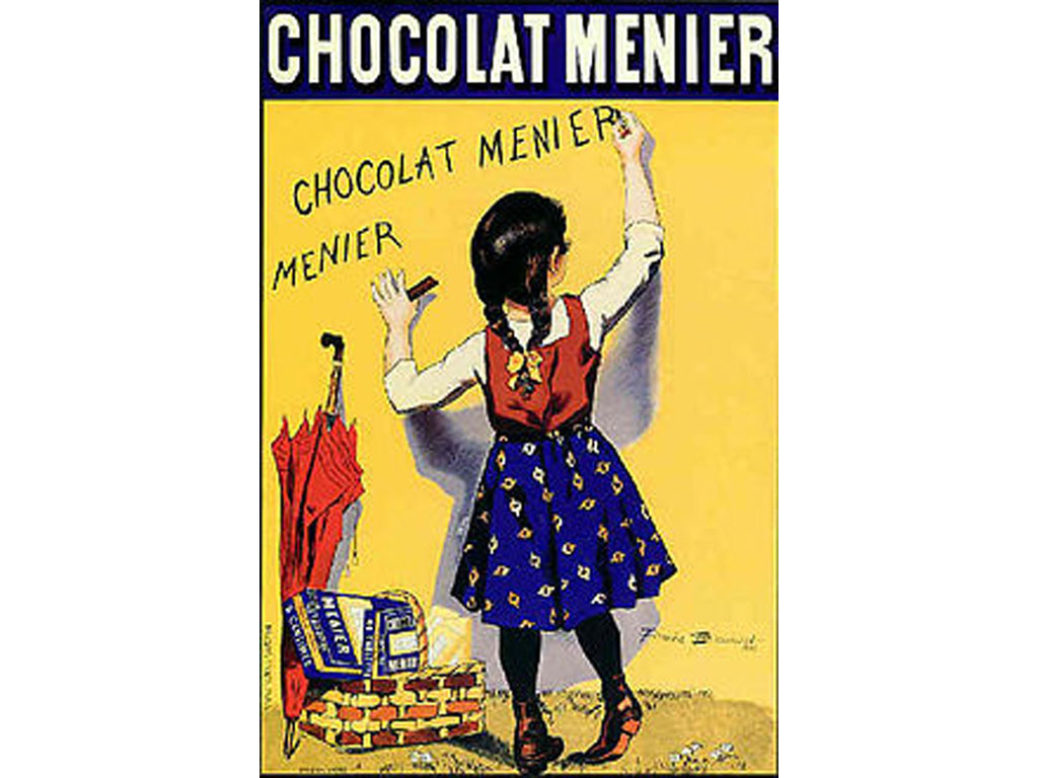 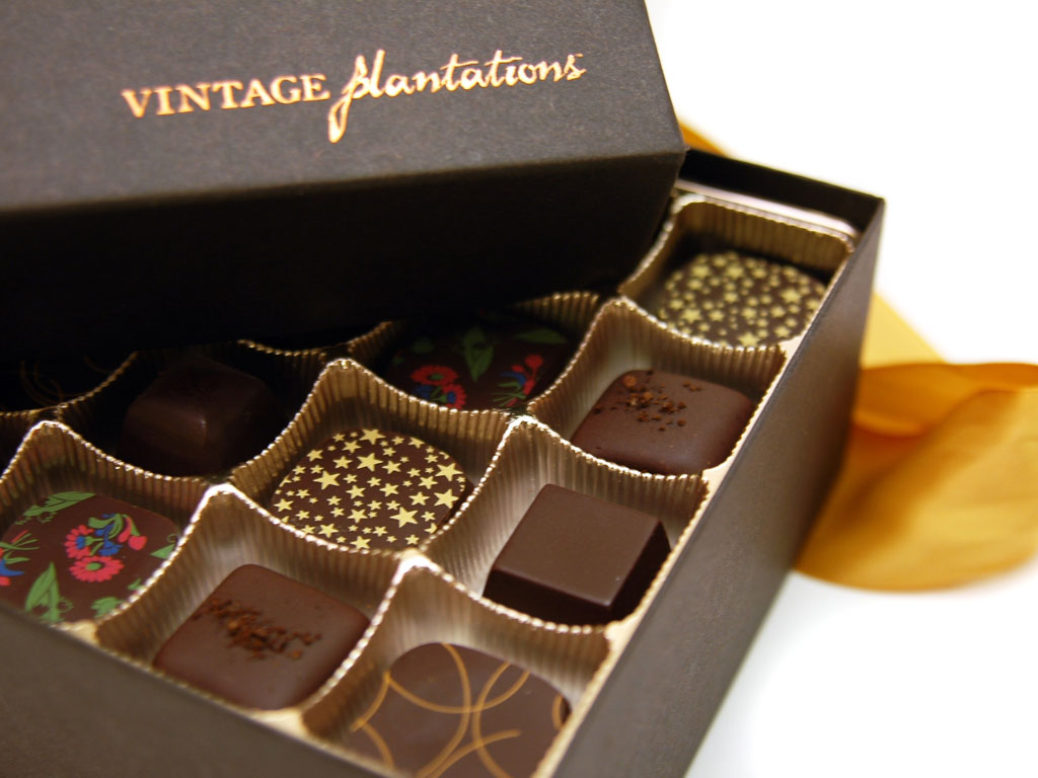 Chocolate… period! Why? Because it is so hard to resist its charm. Because it is the most popular food on earth, the one that for 2,600 years has made our life sweeter, stimulating harmonically all five human senses. Because, in the right form, it combines delight with high nutritional value; a rare thing since most tasty foods are nutritionally “banned” as not healthy. Because it is a unique product for everyday consumption and, at the same time, a refined element of high gastronomy that brings together aesthetics with taste. The absolute source of delight and joy for children and a means for mental and physical well-being for adults. So, since chocolate is a famous super food, it is worth knowing a few things about its history, as well as for its beneficiary and healing capacities for the human organism.

From the Mayan myth to the palaces of high gastronomy

The first traces of cocoa to be found on earth were located in the area of modern Belize, in Central America, and calculations place them in around 600 b.C. The next archaeological findings we have are from a few hundred years later, when the Maya started systematically cultivating the cocoa tree in Yucatan; using it not only as a food in the form of a tonic beverage to which they also attributed therapeutic capacities, but as a high commercial value product and trading commodity as well.

Soon enough, the cultivation of the cocoa tree passes from the Maya to the Aztec tribe, who had realized the great value of the tree and its seed; therefore, they even included it in their religious ceremonies when they established the worship to god Quetzalcóatl. Eventually, Quetzalcóatl (meaning “feathered snake” in the Nahuatl language) became a dominant deity in the sum of civilizations of Central America. He was a wise maker of laws, who partook in the making of the world and also acted as the gardener of paradise and guardian of the cocoa tree. According to the Indian legend of the Aztecs, cocoa seeds were the god’s gift to humans; and, since the seeds came straight from paradise, eating them gave people power and wisdom. More specifically, the Aztecs believed that Quetzalcóatl traveled to earth on a beam of the evening star, carrying cocoa seeds from paradise to offer them to humans. It was also he who gave humans the knowledge of how to cultivate the cocoa tree, how to roast and grind its seeds and make a nutritious paste that they diluted in water. Then, they added the right spices to it and named it chocolatl, which means “bitter water”; drinking it supposedly gave humans wisdom and knowledge.

If we take into account the recordings of Fernando Columbus, son and fellow traveler of Christopher Columbus, the first introduction of the Spanish to cocoa was on 30 July 1502, when Maya traders brought cocoa seeds to the Guanaja Island. Yet this instance seems to have had no effect commercially since it is known that it was not Christopher Columbus who brought the “brown gold” to Europe but Hernán Cortés, who, in 1528, brought it as a present to King Charles the 5th. Actually, as historian William Hickling Prescott mentions in his book History of the Conquest of Mexico, the then king of Mexico, Montezuma, consumed no other beverage except a cold and thick chocolate solution, mixed with natural vanilla and spices, which would gradually melt in his mouth’s temperature as he drank it. The fact that Montezuma would not fail to drink the beverage before visiting his harem was perhaps the first official historical recording of the aphrodisiac capacities of chocolate.

The Spanish were the first to mix cocoa with sugar, adjusting the “bitter water” of the Aztecs to their own taste. For almost a century, the processing of cocoa and the procedure of chocolate production remained a well-kept secret of monks in Spanish monasteries. A while later, numerous chocolate laboratories started showing up all over the Iberian Peninsula, making chocolate production an extremely lucrative industry for Spain; the country proceeded in planting and exploiting cocoa trees in all of her colonies. From 1606 onward, the trading transactions, the travelers’ curiosity, and the various royal alliances had made the chocolate beverage one of the most sought aphrodisiac dishes all over Europe.

The fact that Spain monopolized chocolate production and trading, made the beverage one of the most expensive dishes in Europe. One pound of chocolate cost about 20 shillings, a fact that, inevitably, rendered it by default a custom of the rich and of the higher social classes. Spanish historian Oviedo characteristically mentions that “drinking chocolate is, quite literally, the equivalent of drinking money”. Due to their great value, therefore, cocoa seeds were widely used as a currency all over the world and, given the rate of the time, one would need the fortune of 10 cocoa seeds to buy a rabbit.

The transformation of chocolate from a dish for the few into accessible luxury and, in the end, into an everyday dietary need for the working class

Spain managed to maintain its chocolate monopoly for many years. However, as soon as its power collapsed, the secret of chocolate production leaked to the rest of Europe; so that its exuberant price was somehow lowered and, more importantly, it became possible for it to evolve both in terms of production and in terms of taste under the influence of other nations.

The first chocolate production laboratory outside the narrow limits of the Iberian Peninsula opened in London, in 1657; while, in 1674, it was (once again) the English who first suggested that chocolate should not be consumed in the form of a beverage but in the solid form of a pastille. It was much later, in 1828, that the cocoa press led the Dutch chocolate makers to extract from the seeds not only solid cocoa but cocoa butter as well; cocoa butter gave chocolate a softer texture and a more harmonious taste. Two years later, the English (yet again) managed to produce the first chocolate plates in history and, with the contribution of the French, the taste of these plates skyrocketed. Chocolate with hazelnuts (1830), milk chocolate (1875), bitter chocolate and fondant (1879) were born in Switzerland; evolving, in the most ingenious manner, the already existing chocolate production techniques.

However, apart from the improvements made to taste and texture, as well as the change of the form of chocolate, the industrial revolution that took place in the beginning of the 19th century, had quite an effect – above all else – on the increase of rapid chocolate production at a very decreased cost. And so, chocolate, which until then was the privilege of the aristocracy, became available to all. It is, also, typical of the overall climate that some chocolate brands of the time (like Menier and Poulain) turned, for the first time, towards mass advertisements of their products; they were addressing a much wider audience, regardless of social class – which led to the “democratization” of chocolate. In fact, the advertisements of these two companies were so ground-breaking that they constitute actual documentations, not only of the history of chocolate, but of the entire history of advertisement. Thanks to the little girl poster of Menier, designed by Firmin Bouisset in 1893, and which was the first advertising campaign in France, all the young children would – without failure – drink toning chocolate milk in the morning and eat chocolate bread after school. The Banania advertisement, on the other hand, would turn chocolate into a “manly” affair, since it toned soldiers’ morale during World War I, leading them to the systematic consumption of chocolate in the trenches.

In the beginning of the 20th century, chocolate flavored candy had made an entrance in the refined world of confectionery and chocolate confections would have fillings and would be flavored with several delicious aromas. Chocolate confections filled hazelnut praline were the latest trend in the salons of the rich, along with so-called praline française, which is nothing more than the known to us all chocolate with caramelized almonds or hazelnuts. This trend led French chocolate makers of the time to invent more ingredients for filling chocolate – such as liqueur, soft caramel, nougat and marzipan. The ingenuity of the French, in combination with their obsession with improving the quality of chocolate, made French chocolate famous globally – from New York to Tokyo; with the Swiss chocolate industry following suit. The Swiss were inspired by the French and, taking advantage of their country’s excellent quality milk, engaged in a close rivalry with them.

Today, chocolate is indubitably the food we talk about and enjoy more than any other all over the world – absolutely. It is the honorary and refined luxury product in gastronomical expositions; at the same time, it is the reason for friends to meet, the energy breakfast of children, our break from work, our Sunday dessert. It is a magical product that does not only mark our dietary habits – it is also a symbol of art and well-being. The colors of chocolate influence fashion in clothes, as well as the make up in great houses of haute couture and beauté. The aromas from several of its seed varieties serve as raw material and as source of inspiration for the manufacturers of both perfume and soap. Confectioners become sculptors and construct chocolate statues equal to real (non edible) works of art. Its shapes are reproduced in architecture and décor. Thanks to chocolate, imagination and pleasure are harmonically married for our delight in almost all of life’s facets.

Chocolate forms an entire magical world of delight. It cannot be compared nor does it resemble any other food – in terms of taste or properties. Once could say so much about it that, obviously, I cannot fit it all in one article. This is why, in the end, I chose (for the time being) to mention only its history; reserving material for other articles yet to come. There will definitely be another article, where I will analyze its therapeutic, pharmaceutical and dietary properties; and I hope that Dimitris will oblige by sharing with us his knowledge on the gastronomy of chocolate from various regions of the world, by writing a delicious article in the near future.