Iran: The new absolute destination of the Middle East 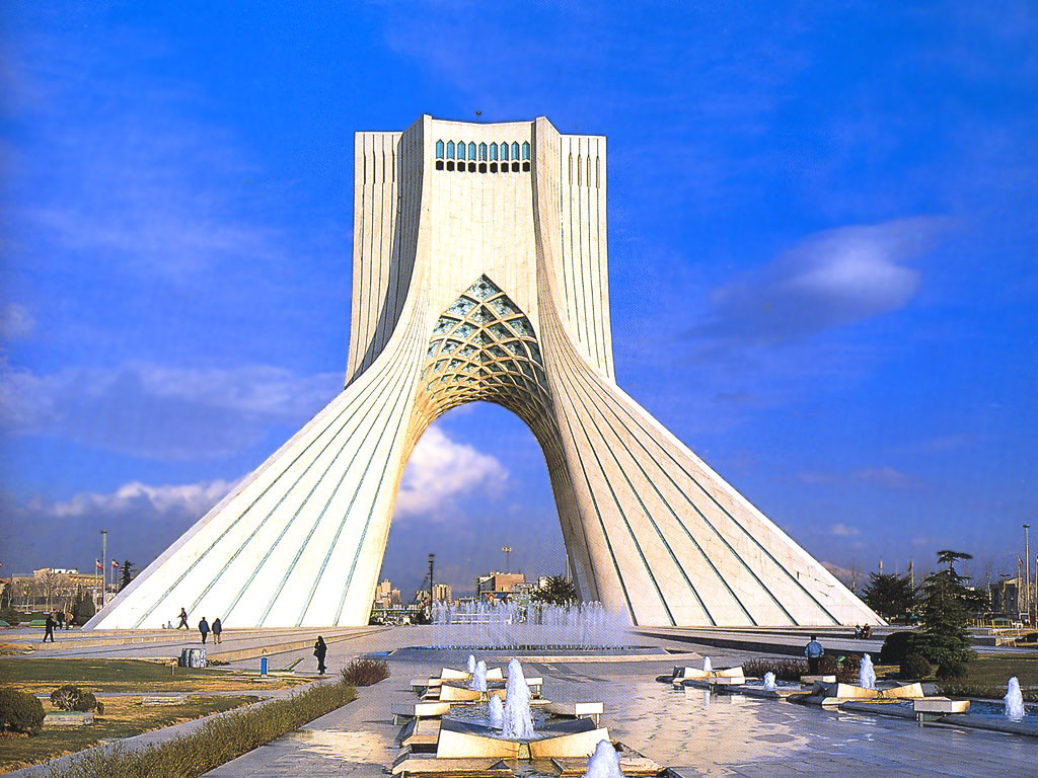 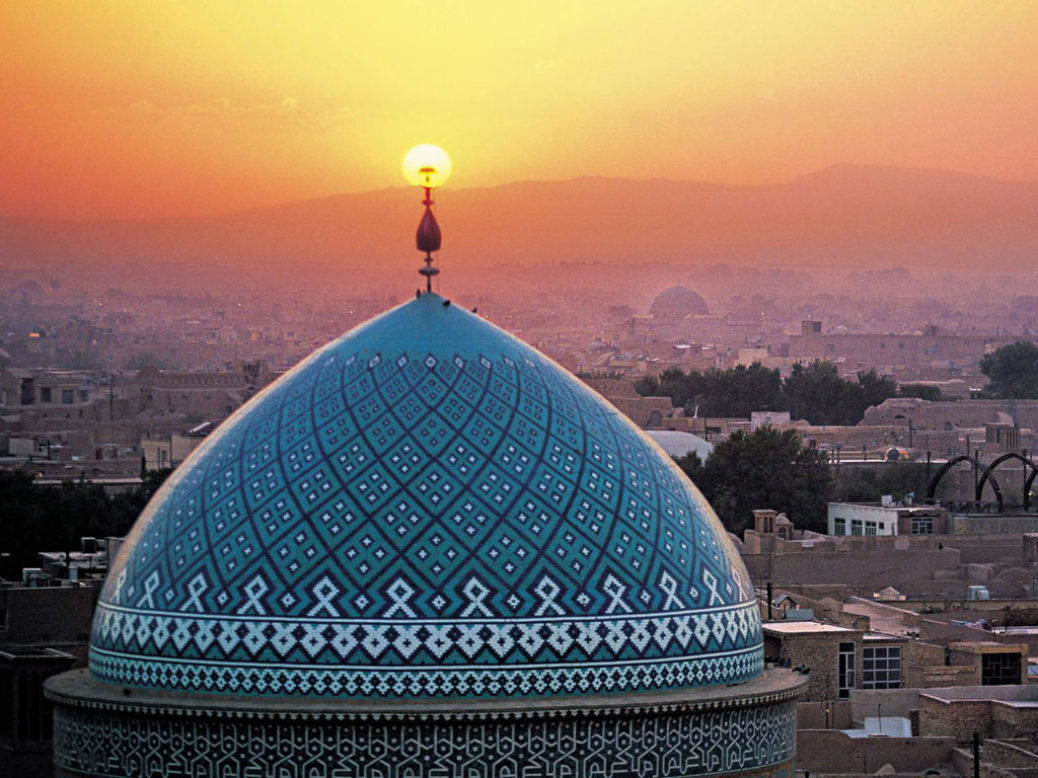 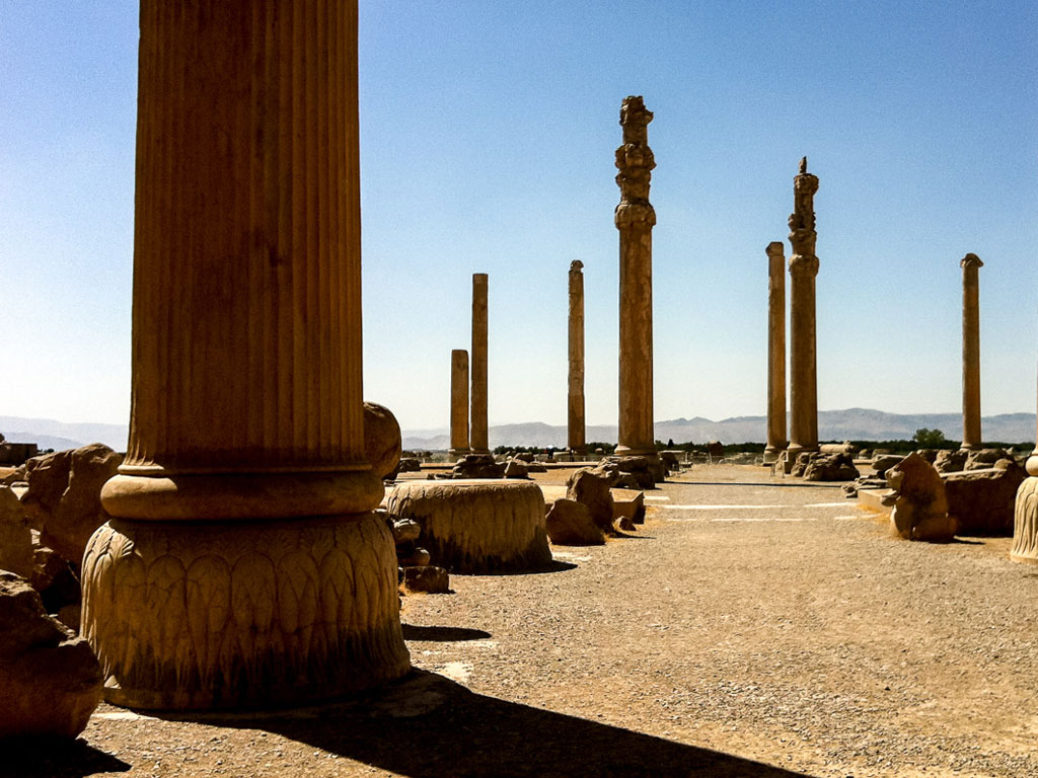 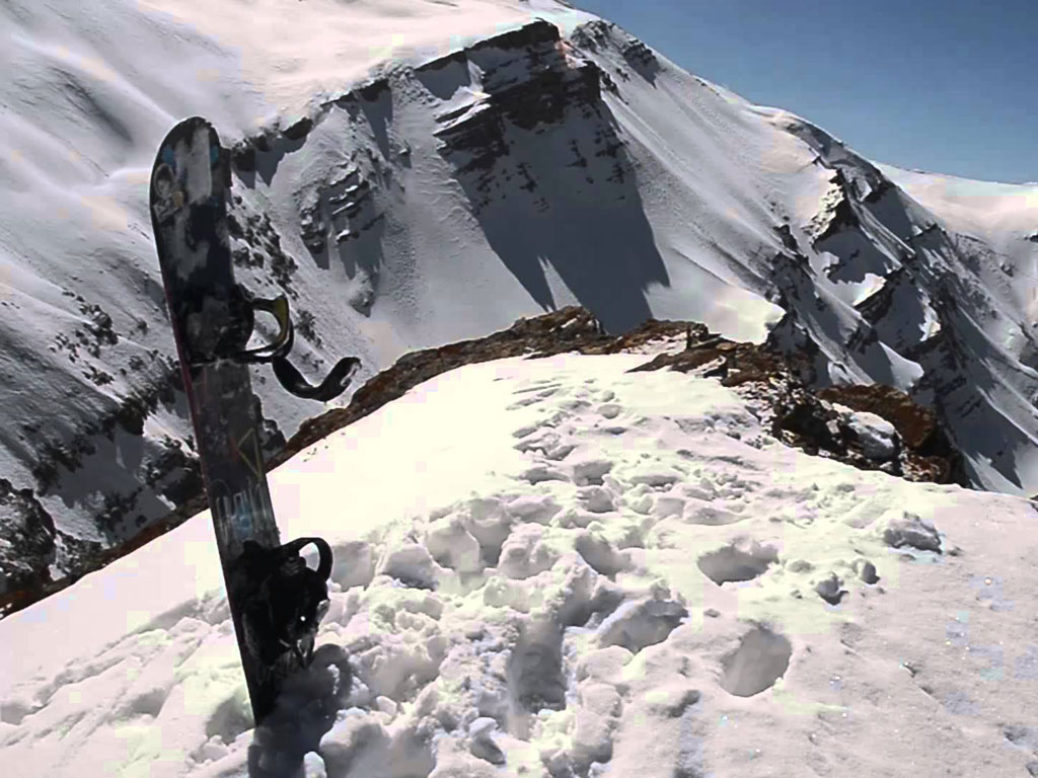 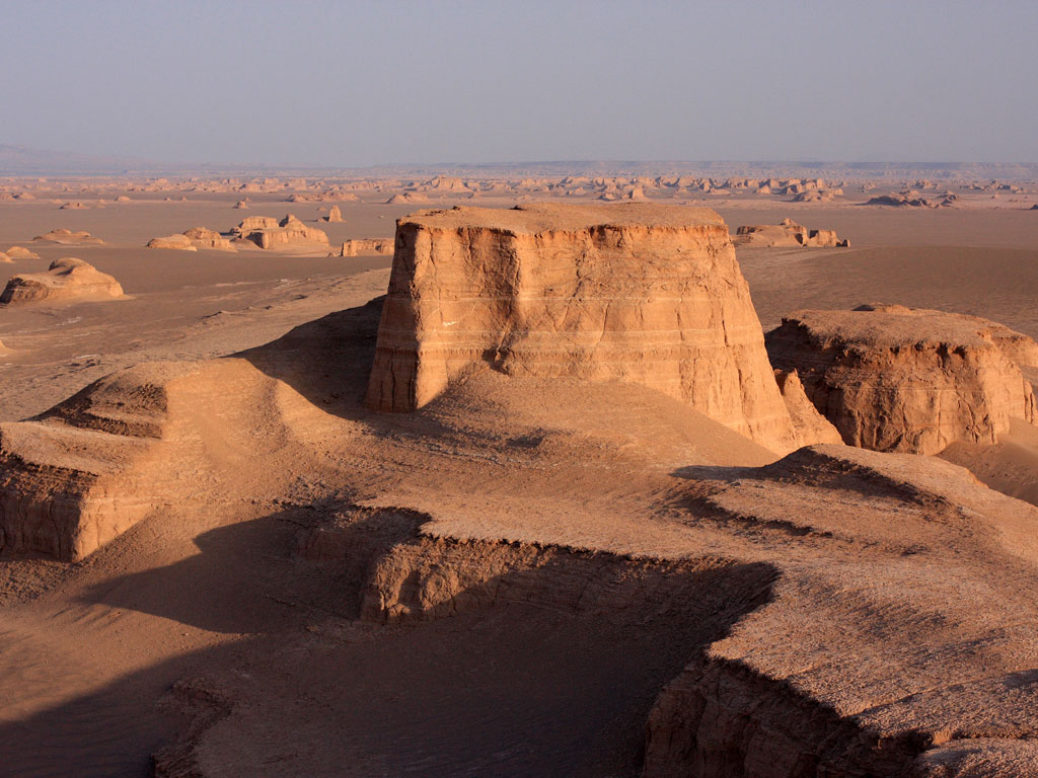 Iran: the new unexpected destination of the Middle East.

The Islamic Republic of Iran (this is the official name of the country) is no longer the giant with clay feet of the Middle East, the phobic state of certain extremists or the victim of war or invasion.

After many recent historic adventures, this vast country (12 time the size of Greece) with almost 79 million inhabitants is finally becoming truly extrovert, claiming a big share of the international tourist industry.

Most people know of ancient Persia, the country of Zoroastrianism, a monotheistic religion that was influenced by the Old Testament (it is said that heaven on Earth was in nearby Mesopotamia); the empire of Darius and Xerxes, whose onslaught into Europe was halted in 480 b.C. by the Greek victory at the Battle of Salamis. They are also aware that Susa was the capital of the vast empire that Alexander the Great founded in 323 b.C., a point of reference in cultural and religious terms for the Hellenistic world thereafter.

Even the legend concerning the three wise men, who knelt before newborn Jesus, refers to their origin as “from Persia”.

Already from the 7th century, Persia had become a place of prosperity for Islam – its Shia branch, in particular – as well as a multitude of sciences, such as philosophy, medicine, astronomy, mathematics. Pious Muslims would always look at Tehran as the cradle of their religious tradition’s reliability. The country’s pioneering academic intelligence preserved the continuity of the verbal tradition of Islamic religion in a historically unprecedented manner: rebuffing any arbitrary word that someone might put into the mouth of the Prophet’s descendants to serve their own purpose. Whoever says that the spreading of Islam to the millions of believers it claims today can trace its origins back to Iranian academic worthiness is not exaggerating.

The geo-political space of modern Iran has suffered few conquerors in time; the result is its almost uninterrupted socio-economic continuity. The conquests that do stand out are the particularly violent invasions of Mongols: Genghis Khan (1218) and Tamerlane (1387). In contrast, the onslaught of Ottoman Turks (1502) was without any resulting influence.

More recently, there were quite a few unsuccessful attempts of Western colonization; while, on April 1st, 1979, the rage of Persian people for the regime of the shah (a word that, in Farsi, the language of Iran, means king – as well as the threat to this particular piece in chess, for those of you who play), a regime that had all but bent the knee to the West, transformed the country to the Islamic Republic under Ruhollah Khomeini; Iran remains an Islamic Republic to this day – albeit a rather extrovert and hospitable one. The next president, Ali Khamenei (by nature a more moderate person), marked the entry of Iran into a new era, during which, apart from the significant geo-political part that the country’s petrol production and special relations with Russia had always played, the extension of interest in new investments and the tourist industry was founded. As an example, let us take into account that, in 2009, Tehran launched its own satellite!

It is no accident that Greek Prime Minister Alexis Tsipras visited Iran in February 2016 (with his partner Peristera “Betty” Baziana trying on lilac, coral and black headscarves, according to the country’s – by now familiar to us – tradition); a visit that was characterized as a completely strategic one, since Mr. Tsipras was accompanied by 60 businessmen, clearly aiming at co-operation in the fields of energy, construction, renewable energy, tourism/culture, drug industry, etc.

Iran possesses 10% of the world’s petrol reserve and is the 4th greatest international exporter of it; the country also claims 15% of the world’s gas reserve, which makes it an important player on the international energy chess board that no one is entitled to ignore. The “Iran Khodro”, a car manufactured in Iran, surpassed 1 million sales in 2005; it was exported in 4 continents. And, of course, who among us has not heard (even if it is through the hysterics of our own infamous telemarketing persona) of the notorious Iranian weaving/tapestry and the famous Persian carpets…?

The flight to Tehran lasts no longer than 3 1/2 hours; while Iran has a 1 1/2 time difference from Greece. The country’s most significant touristic sights are, naturally, capital Tehran (of 8 million citizens), built on the southern outskirts of Mt. Alborz, 112 km south of the Caspian Sea. An active place of constant sound, the industrial and spiritual metropolis of the Middle East, with 4 (!) metro lines, 2 international airports and one of the oldest universities in the world, the city etymologically owes its name to the ancient Persian words teh (warm) and ran (place). If you happen to travel there, do not fail to visit the Golestan Palace, the House of Parliament, the Marble Palace, etc.

I will, at this point, make a special reference to contemporary Iranian cinema, which is deeply socio-political and humanistic. From time to time, you are bound to see many Iranian cinema festivals in both Athens and Thessaloniki. My personal favorite movie is “Persepolis” by Vincent Paronnaud and Marjane Satrapi. Movies by Iranian directors are full of extreme sensitivity, they speak directly to the human psyche and offer soothing to the subconscious from the convenient propaganda of the (to say the least) incomprehensible Islam. Under the headscarves and the long beards lies a society full of life; a restless society, hungry for creativity, particularity, communication, recognition. After the end credits of an Iranian movie, you are bound to leave the cinema a different person.

However, the place where you will be entirely bewitched by the magic of the East is Isfahan. The third biggest city of the country (1.6 million citizens) and a UNESCO cultural heritage site, it lies southern than the capital, at the center of the country – in the place where, 2,600 years ago, a Jewish community was formed. During its period of prosperity (17th century), it was called Nesf-I Jahan (which means “half the world”!) and, according to calculations, it is thought to have had 163 mosques, 48 religious schools, 1,801 shops and 263 public baths. The most important sites of the modern city worth visiting are the bridges Pol-e Khaju and Si-o-Seh Pol, the Chehel Sotoun Palace, the Naqsh-e Jahan Square, the Sheikh Lotfollah Mosque and the Jameh Mosque.

Yet, what you certainly do not expect is the suggestion that you go to Iran for… skiing as well! Even so… Every November, at the Mt. Alborz range, at an altitude of 3,000 m., starts a touristic season that always promises more than the last one! Those who are knowledgeable claim that Iranian snow is fluffier than that of the Alps.

For the lovers of the sea, the harbor town of Bandar-e Anzali at the Caspian Sea (the world’s biggest lake) will truly reward you. Finally, the historic Persepolis, “the richest city under the sun” at the south of the country is bound to capture the senses with the beat of the most impressive space.

The Iranian cuisine really bewitches the palate… One may say that a cuisine based on rice is not the most original or impressive approach; yet how many of you are aware that the Iranians love the crispy crust that forms when the rice starts sticking to the bottom of the pan? This substance, the tah-deeg as it is called, is the national daily home-made delight! On top of the rice dish, you can try citrus fruits (julienne cut), nuts (another Iranian craze), as well as spice mixes with slowly cooked caramelized onions… The place of honor among meat belongs to the duck! Moreover, instead of our own egg and lemon mixture (avgolemono), the Iranians’ preferred sauce is based on delicious pomegranate. I will say no more; I leave it up to you to discover these tastes at the restaurants of this wonderful country (it might be a good idea to first sample them at the Iranian restaurants in Athens before you visit Iran).

The only necessary secret for your visit there is that debit/credit cards are not yet so widespread; ergo, you will have to load your wallet with good old fashioned cash (Iranian rial). Other than that, Iran is objectively among the safest destinations in the Middle East.

The sirens of easy demonization of entire civilizations due to a handful of fanatics should not make us close our eyes in face of the grandeur of countries that have served as points of reference in global history. Iran, the profound keeper of a more esoteric dimension of Islam, opens its heavy with history doors to welcome every well-meaning “pilgrim” to its culture; a culture that, as shared human heritage, is beyond any petty bias.